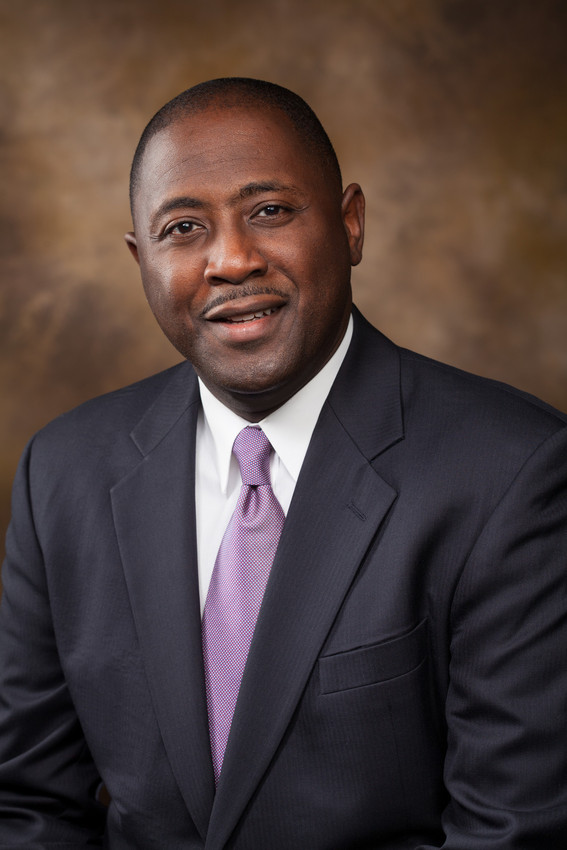 “What got me in this position was the fact that people saw my demeanor,” said White.  “I’m not a person that gets off on seeing someone fail. It’s always, ‘How can we help?’”

White was in his late 20’s, married and living in Arkansas with his wife when he decided to go back to school for his PhD After sending out several applications and receiving his acceptance letters, he had settled on attending another institution until he received a call from Dr. Joseph Ward, the graduate program coordinator at the time. Ward asked if White had ever been to Oxford and invited him to visit for the weekend. At the end of the weekend, he asked what it would take to get White to come to The University of Mississippi.

Going out on a limb, White asked for full funding, which he wouldn’t be receiving from the university he then planned to attend.

Dr. White explained, “Joe said, ‘If we weren’t planning on giving you full funding, we wouldn’t have brought you out here. What else can we do for you?’”

Ultimately, White received his funding, and Ward helped his wife, a scientist, find a job at the Thad Cochran Research Center. He said after that, he couldn’t say no.

“I wouldn’t have been in Mississippi if Joe Ward hadn’t made that phone call,” insisted White.

“What jumped out to me about his application was that his interests matched some of the strengths of our faculty, especially African American History, Southern History, and Religious History,” said Ward. “Those of us involved in his recruitment process were very confident that he would thrive here because several faculty members would be able to help him to develop as a scholar.”

From day one, White said he received the full support of the history department and the graduate school as a whole. He spent time one-on-one with not only Ward and his major professor, Ted Owenby, but also professors from different historical disciplines.

“That’s what was special. They saw the whole me. They saw my potential. They saw something in me I didn’t see in myself,” said White. “I had people in the history department who worked in other areas, and they took a vested interest in me.”

White said the history department faculty also helped shape his specific research, which he would later come to write about in his 2012 book, The Rise to Respectability: Race, Religion, and the Church of God in Christ, a Choice Outstanding Academic Title that focuses on the African-American community and Church of God in Christ in Arkansas and the Mississippi Delta.

“I didn’t know that was what I was going to write about when I got there…It was a very organic process with no real planning,” said White

Toward the end of his Ph.D. studies, White says he was helped in his job search by Elizabeth Payne, a professor that had formerly taught at the University of Arkansas before coming to Oxford. She invited White to attend a conference hosted at the university with her.

“She advocated for me,” says White. “The reason I was able to interview here was because Elizabeth Payne went to work promoting me among the faculty there.”

White accepted a teaching position at the University of Arkansas, where he encourages history students to look into The University of Mississippi for graduate studies whenever possible.

White said his philosophy is “Here’s what was given to you. Now turn around and give that back.” As for his students, he said “Everyone comes in with a certain amount of intelligence, but it depends on how that intelligence is fostered, the time you take with them.”

Even as he now assumes leadership of the history department, White said he still tries to maintain a mentorship role with students, as well as an active research agenda in preparation for his newest book that will focus on Oscar Stanton De Priest and his time as the only African-American man in Congress.

Ward, who still keeps in contact with White, said “It has been a great pleasure to watch him prosper professionally.”

Reflecting on the course of his career, White said “I was truly blessed to land in a place where I got support from all sides…I am here, I am now the chair of the history department, because of what the University of Mississippi did for me.”