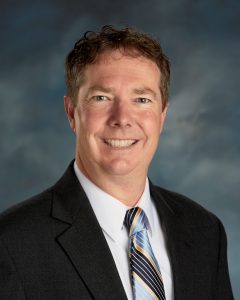 There’s truly no typical day for BancorpSouth Arena Director Todd Hunt. “We run close to 500 events a year for this space,” he shares. From booking entertainment events to managing the day-of-show for acts like Elton John, Jason Aldean, or Alabama, there is a lot of variety and excitement in Hunt’s job. Overseeing both the big picture and the minutia are critical in preparing the BancorpSouth Arena for anywhere between 1000-10,000 guests for concerts, family events, or conventions.

Located in Tupelo, Mississippi, the birthplace of Elvis Presley, the Arena draws on the area’s rich musical legacy and Southern hospitality to welcome acts and attendees alike from all over the world. In fact, the Arena is so highly regarded that acts book their tour rehearsals there, like Rascal Flatts and Alan Jackson.

From Carrie Underwood to Cirque du Soleil, Todd Hunt manages every aspect of a sold-out arena and conference center to give an impeccable experience for nearly 300,000 guests each year. From revenue to attendance, Mr. Hunt has consistently led the arena to its best performance year over year.

Hunt credits his Master’s of Education in Educational Leadership from the University for his ability to manage and counsel employees. He further utilizes his degree as Chair and lead instructor at the International Association of Venue Managers’ Venue Management School, where he says he “interacts with students using skills from the graduate program.” The graduate assistantship he held while he pursued his M.Ed., which consisted of working with the student programming board, allowed him to get into events, and he later switched to venue management, in which he has been working ever since.

An exciting and ever-different career, jump-started by a UM education—that’s why Todd Hunt is a rising star alumnus.