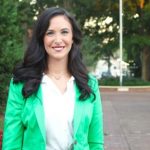 Caring for prisoners seems to be a something of a family business for Bramlett, whose late grandfather shared her calling and taught her not to fear a highly stigmatized group of people. She said, “I’ve always had a fascination with prison. My grandfather was a prison minister, so from a young age I’ve always thought that prisoners weren’t bad people, they made bad choices. That was instilled in me forever, and it’s carried through now that I understand crime a little better.”

Even now, Bramlett has begun to gain practical experience in the field, including a summer internship in the Shelby County prison and her current work with the McLean Institute on campus. During her time in Shelby County, she saw just how dire the conditions were for inmates not provided with the necessary resources to succeed. Specifically, she noted how a GED program had not been offered in months, despite the fact that it was a requirement for many prisoners’ parole. A lack of funding and people amounted to a situation in which prisoners were set up to fail. 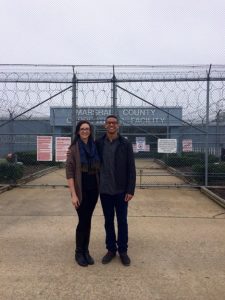 This summer, Bramlett will be working with the Marshall County correctional facility, a private institution that has better funding and will make a better testing ground for the program she hopes to implement. While the precise details of her project are still in the planning phase, she gave an overview of its primary objectives, saying, “Right now we’re working on an entrepreneurship education program, just developing a good program to help soon-to-be released offenders develop an entrepreneurial mindset. Because seventy percent of ex-offenders in the Delta are unemployed which only increases crime…If you can’t get a real job– the fast food restaurant won’t hire you– you start a lawn-care business. It’s the mindset of ‘This is my responsibility, and I can do this.’”

Her goals include not only instilling an ambitious mindset in inmates, but also providing practical resources to help them thrive after their release. Specifically, she said, “We’re thinking about partnering them with a mentor in the community, so when they leave they’ll have a certificate from the university and a mentor. They can ask for recommendations or ask about their mentor’s connections. Because that’s what you need, to connect people back to the community that they’re going to after they leave prison.”

Currently, the correctional facilities she’s worked with do offer some kinds of programming and training, but Bramlett questions their relevance in the modern Delta area. “Vocational programming isn’t senseless,” she said, “but are there jobs for chair-makers or steel manufacturing, especially in the Delta? There aren’t really factories in the Delta anymore…Idle hands are the devil’s workshop, and if we filled that time with programming more, maybe we’d see crime go down.” 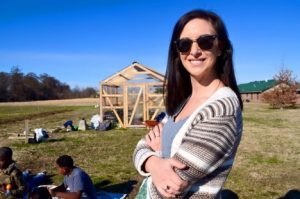 This past year, Bramlett has stepped outside of her normal scope of correctional facilities and also gotten involved in community-building projects in Jonestown, Mississippi, as part of her McLean fellowship. She supervises a group of undergraduate Student Engagement Fellows, who all design programs to institute in an underserved towns in the Delta. All of the students chose to focus on Jonestown, and they’ve traveled there two weekends a month to work on the initiatives they’ve created. Each of the students has a different program, some of which include a Student Dietetic Association with workshops on healthy eating, a health fair, an ACT workshop, financial literacy courses, and a “transforming your community” workshop.

Primarily, Bramlett’s role involves going with the students, making sure they have all the necessary supplies, helping them facilitate their programming, and planning the logistics. She expressed how gratifying her participation has been, saying, “It’s exciting to see a community get involved and students get involved with a community they previously had no connection to at all.”

Bramlett summarized the McLean institute’s goal as “having transformative service. You want to implement something that stays and keeps growing in the community to make a lasting difference.”

On her studies at the university and experiences in Oxford, as compared to her time at Mississippi State, Bramlett said she feels “much more accepted and at home here. It’s significantly more progressive, and people are more politically engaged here.”

She also appreciates the more personal aspect of her classes, saying, “What’s been really impressive with the Legal Studies program here is that the faculty is willing to engage with you, both in and out of the classroom. It’s also very practical. We have a lot of military and ex-military on staff and in the faculty– it’s less theory, and it’s interesting to get a more practical view of criminal justice, which is what I came here for.”

In the future, Bramlett has her eyes on improving prisons on a national scale and feels that she’s starting on the right track to do that. She said, “I would love to work for the Federal Bureau of Prisons, so this is a good launching pad for that, and the connections I’m making are important. And also I think it will create a better understanding of programs in prisons, and what changes we can make in programming in prisons, because it’s very lacking.”

According to McLean faculty and project manager J.R. Love, Bramlett is well on her way to making a real difference in communities and correctional facilities through her fellowship and beyond. Speaking of her performance in her fellowship, he said, “Rebecca Bramlett is an outstanding member of the McLean Institute in her role as an Innovation Fellow with the Catalyzing Entrepreneurship and Economic Development initiative. She has engaged in community development work that is helping advance the mission of the McLean Institute in fighting poverty through education. Her thirst for knowledge, curiosity, and interpersonal skills allow her to build authentic partnerships in the community, which is a true asset in her work with the McLean Institute.”