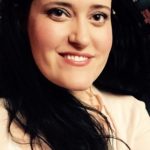 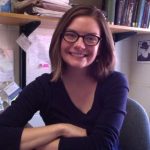 Both Graves and Piculell have studied in other institutions in the past but also had experience with the University of Mississippi prior to beginning their doctoral studies. During her undergraduate program at UC Santa Cruz, Piculell took part in an undergraduate research project with her current advisor, Jason Hoeksema, who was working as a post-doctoral researcher. She said, “When I decided to apply to graduate schools, I looked him up!”

Describing the focus of her work, Piculell said, “My specific area of research is the interaction between loblolly pine trees and ectomycorrhizal fungi (a type of symbiotic fungi that grows on the roots).  My dissertation research was focused on determining how differences in host plant genetics can influence the fungi that are on the roots.“

Graves has had a longer relationship with the University of Mississippi– after earning her Bachelor’s degree from Hardin-Simmons University, she received her J.D. from the University of Mississippi School of Law. Afterwards, she also earned her Master’s Degree in History, which focused on religious fundamentalism. Graves said, “When I started, I was interested in American religion.  I wrote my master’s thesis on women and Christian fundamentalism.  But, with the Ph.D., I realized that I wanted to pursue an academic career in intelligence studies; working at the Center for Intelligence and Security Studies influenced that.  So, for the dissertation, I shifted my emphasis to the FBI.”

Graves spoke highly of her experience with the history program, saying, “The history graduate program is incredibly challenging, but I’ve worked with some of the best scholars I’ve ever had the privilege to know.  It’s baptism by fire, but I know that I’m a much stronger scholar for having been in such a difficult program.”

Both consider their choice to attend the University of Mississippi an excellent one. Graves cited the availability of funding as a very positive factor. She said, “I was able to work and have my classes paid for under the Staff Scholarship.  I couldn’t have asked for a better situation–great program, and no more loans!

Piculell said, “I have loved it here. The Biology department is wonderful, and you couldn’t ask for a prettier campus or a nicer group of people.”

While Piculell isn’t sure who nominated her to be class marshal, she is “very excited” about the position. Graves named her nominator as Dr. Ward, chair of the history department, saying, “[he] nominated me because I received an assistant professor position at The Citadel, where I’ll begin in the fall.”

Dr. Ward is accordingly proud of his nominee. He said, “Dr. Graves has been remarkable for both her intellectual creativity and her ability to make steady progress with her research and writing while also having a significant managerial responsibility on campus.”

The doctoral hooding ceremony took place on May 13th.