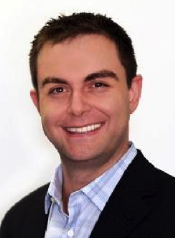 Andriy Shkilko is, especially as of late, a man of many accomplishments. His journey, both academic and geographic, has been richly varied, and it began, for the most part, at Ole Miss. In 2000, he moved to Mississippi from Ukraine and jumped right into the business school. With his earlier credits from a Ukrainian university, he was able to graduate in two years and go directly into the finance Ph.D. program.

On his decision to pursue his Ph.D. from the same university he attended for undergrad, he credits Oxford, the friends he made, and the finance program itself.

“I had a couple of offers from other schools, Alabama and Georgia, so other Southern schools,” he said. “But I already knew the area, I liked the school, I had friends here. It just made sense to stay with them … and in finance, they have an amazing Ph.D. program.”

Additionally, he recalled the support he received from other parts of the university.

“The school is amazing, and I got a ton of scholarships, a ton of financial support. The school and the international office did a lot for me!”

In his graduate studies, Shkilko also found exceptional mentors in professors Robert Van Ness and Bonnie Van Ness, the latter of whom is now chair of the finance department.

“In the year I was entering the Ph.D. program, Ole Miss had just hired them, and they made a huge difference in my life,” he said. “In the Ph.D. program, it’s almost all about your adviser and how much your adviser can do to you, a person who knows nothing, and mold and shape you into a researcher. I was lucky that as I was coming in, they came in, so it happened that I naturally gravitated to them. We have an amazing collaboration coming out of that.”

Bonnie Van Ness remains one of Shkilko’s biggest fans and remembers him as a student not only with great talent and drive but also with great kindness and consideration for others. She recalled one specific occasion on which he showed his character after the birth of her son.

“When Andriy was here, at least early on, we were very space constrained in the School of Business, and only grad students who were teaching had cubicles. … He had no cubicle, and I let him use my office,” she said. “He would come in and work all night in my office, and the janitorial staff got to know him quite well. Then [after I had my baby], he actually held my office hours for me. I was still teaching, but so that I didn’t have to be there all afternoon, he actually held office hours for me. So he has a special place in my heart. … He did not have to do that, and I thought it was so terribly kind of him.”

With the aforementioned collaboration, he was able to graduate with two published works, a rare and distinct achievement.

“At that time, it wasn’t common to have publications by the time you graduate,” Shkilko said. “Thanks to them, I was pushed and incentivized enough to work hard and get those papers out and published before getting into the job market. … Bonnie and Robert just did a lot for me. They taught me everything I know, and I will always be indebted to them for the amount of time they spent on me.”

It was this kind of effort early in his career that helped Shkilko find a place at Wilfrid Laurier University in Ontario, a highly respected research institution in finance. He joked that getting a job there directly out of graduate school was a lucky stroke for him, and his citizenship proved to be a helpful factor.

“You have to spread your search to the whole country and the world,” he said, “and given that I wasn’t a U.S. citizen at the time … I’d say I had more options than the American students in my program.”

His current position is entirely based around research, as he has received a prestigious federal grant from the Canadian government. Shkilko also serves as a financial consultant to the Canadian and UK governments.

On the subject of his role as a government consultant, he cited the complex, fluid nature of international financial markets.

“You’re regulating this living, breathing organism that’s very smart and can adjust to any regulation you throw at it. You ask, ‘Is this regulation going to work?’, run some tests and see what you get.”

One of his most recent accomplishments includes being chosen for the prestigious position as a Canada Research Chair in Finance, the application process of which was rigorous, to say the least.

Laughing, Shkilko remembered, “To get that appointment, I had to be judged and evaluated by an anonymous panel of researchers from all around the world. It took about three months to write the application – kind of like writing another dissertation!”

On a more local scale, he was also lauded by Laurier with an award for Junior Research Excellence, of which he was the first-ever recipient.

About this new honor, Shkilko said, “I was very grateful and humbled to be the first one to receive it. It’s nice to be recognized because in this field you work on something for years, and after a long road, you publish, and maybe a thousand people read it. So to be recognized by the university is very gratifying.”

While Shkilko is not currently teaching at the university, he enjoys the opportunity to work with students and pay forward the kind of mentoring he received while attending the University of Mississippi.

“I don’t get to teach with my current position,” he said, “and I do miss the interaction with students. It’s a fun and invigorating experience to share the knowledge that finance has accumulated as a science. Just like Bonnie and Robert did for me, I try to mentor, support, educate and push forward the students here.”